The history of Alfajores. Spanish delicacy.

The Alfajores arrived from Spain to South America, which in turn took it from the Arabs, who had inhabited the south of the country for 7 centuries.

They inherit it from the Arabs and influenced all of Europe with many products. It was called “al-hasú” which in Arabic means the filling. Like many words, it was deformed and ended up being called alfajor. It reached the American continent in the fifteenth century when the first trips from Europe were made

According to Guinness World Records, the biggest alfajor in the world, measuring almost two meters in diameter and 80 centimeters in height and weighing 464 kilograms, was made on 11 December 2010 in Minas, Uruguay. The giant alfajor was made to mark the celebration of Uruguay’s first National Alfajor Festival. More than 30 people participated in the preparation of the record-breaking alfajor.

We have new flavours for your next party or celebration.

We have decided to add new flavours. The ones our Spanish catering can bring to your party are: the classic vanilla, covered in dark chocolate and white chocolate 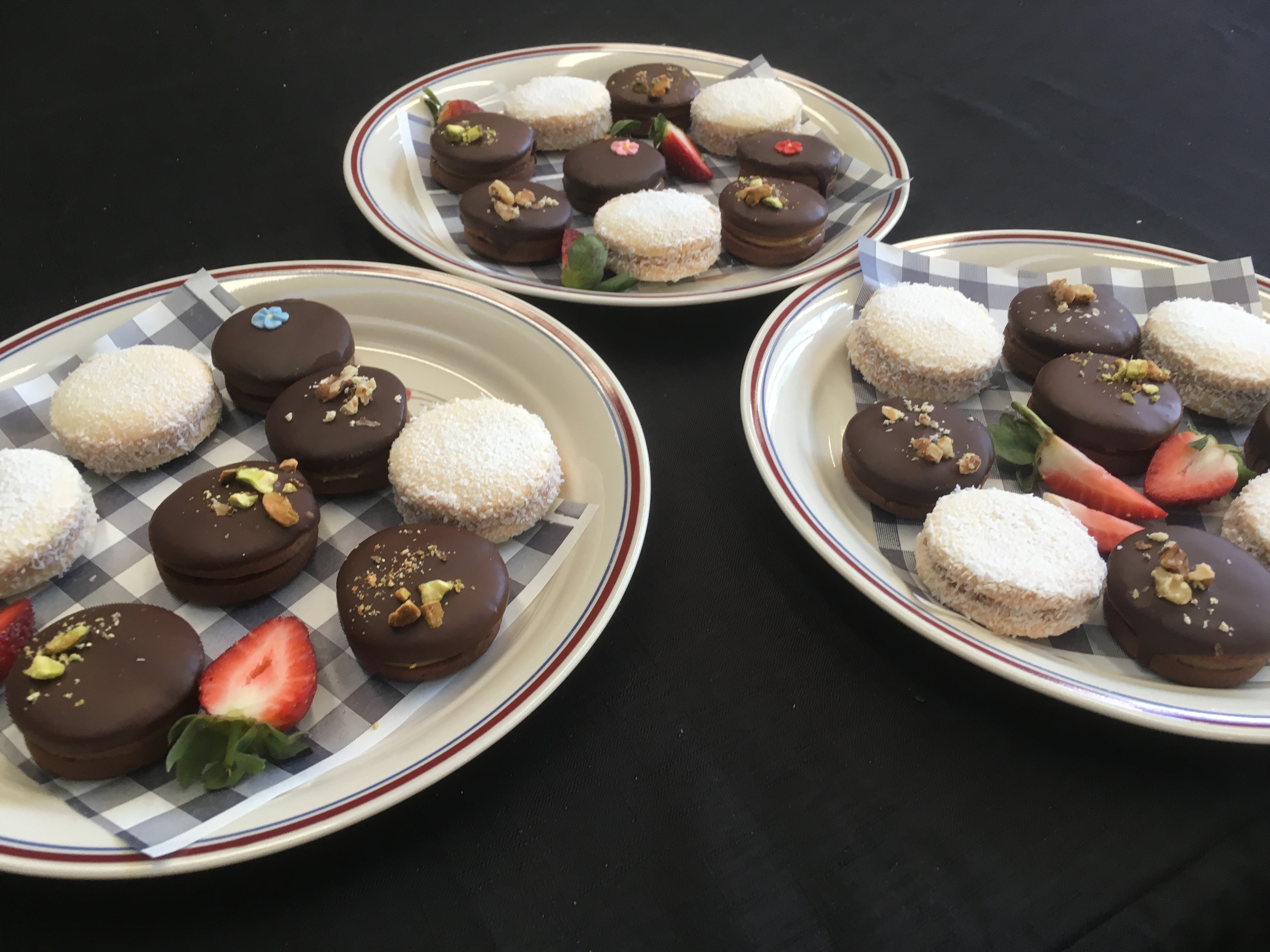