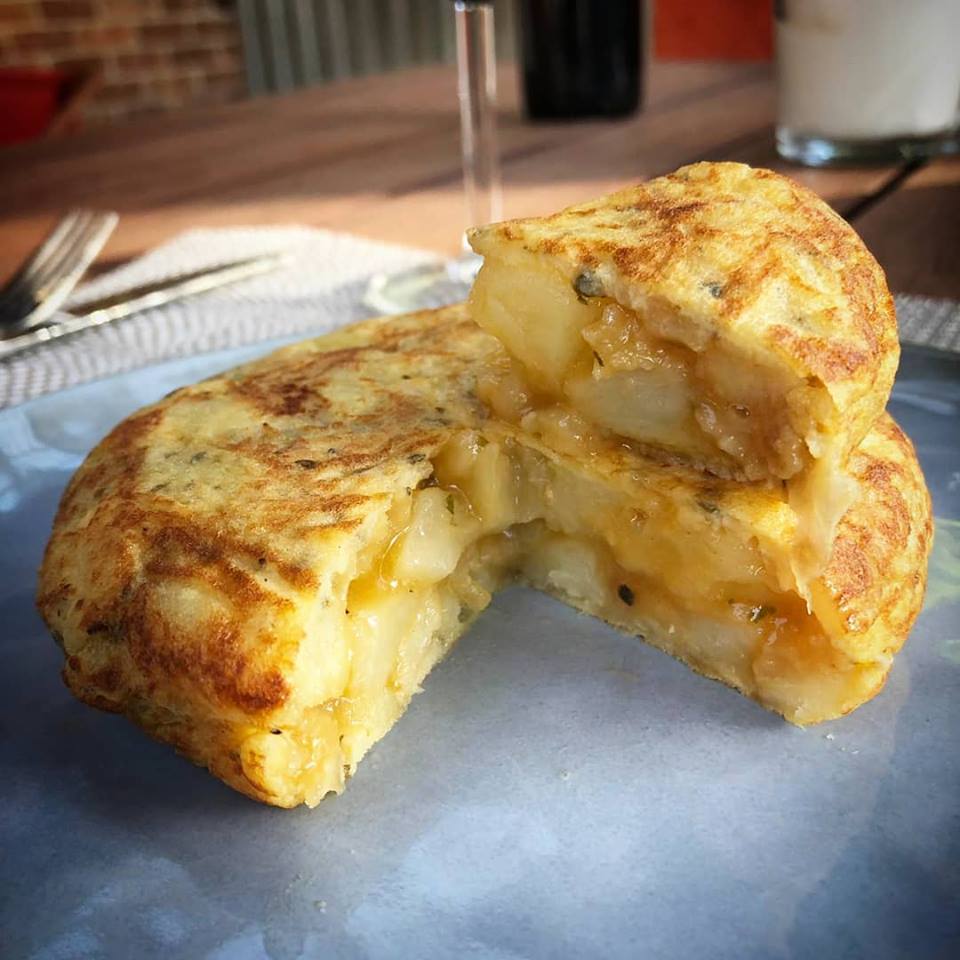 All about the Spanish Omelette

The Omelette is one of the classics in Spanish cuisine. This simple recipe has the honour of being the Spanish dish par excellence, desired and consumed equally across the country. In this article, we’ll tell you the essential ingredients, a little history, and some curiosities.

Unlike other Spanish recipes like paella or gazpacho, which have regional variants, Spanish omelette is made with the same recipe throughout the country. In Spain, it’s obviously not referred to as a Spanish Omelette but rather “Tortilla de Patatas” or simply “Tortilla” for short. However, this dish has divided the nation into two irreconcilable teams… Team Onion and Team None-ion.

A little history
The first versions of the omelette date back to the sixteenth century both in Europe and in Latin America, where the Aztecs consumed a plate-shaped cake with scrambled eggs along with other ingredients. However, the Spanish omelette was not created until the Spanish discovered the potatoes via the Incas

The first known document in which the Spanish omelette appears as we know it dates to 1817. It was from an anonymous letter addressed to the Parliament of Navarra explaining the conditions of scarcity of farmers faced in contrast to the people living in Pamplona and other areas of Navarra. After a long list of food eaten by the Highlanders the following quote appears: “… two or three eggs in a tortilla for five or six, because our women know how to make [us] big and fat with few eggs mixing potatoes, bread or something else … “

However there are many theories that have pointed to the omelette being from the nineteenth century. Legend has it that it was the Basque General Thomas of Zumalacárregui who invented it during the siege of Bilbao as a simple side dish that was nutritious and easy to make in order to feed the Carlist troops who were hungry.

Some say it was a housewife who accidentally invented this dish and offered it to the General who stopped by her house for dinner.

A new study mentions the Aragonese chef Teodoro Bardají Mas as the creator of the Spanish tortilla. In theory Bardají published the original recipe in a weekly publication. In his version, potatoes are baked instead of frying them and he introduces the use of onion.

As there are so many different accounts, we’ll probably never know the real origin of the Spanish omelette, but what is certain is that this delicious Spanish dish emerged from necessity between the late 18th and early 19th Century thanks to its sublime simplicity. It captivated the palate of poor and rich alike.

This dish experienced tremendous success in less than fifty years, from the most modest tavern to the royal tables in a remarkably short period of time. In 1854, we can find the first written recipe explained in a cookbook by Jose Lopez Camuñas. In 1867 it was part of the menu for a Spanish restaurant at the Universal Exhibition in Paris and to King Alfonso XII offered it to the Prince of Wales during a visit he made to Spain.

At Paella Show catering we serve it as cocktail style. Small squares with a touch of home-made aioli https://www.paellashow.com.au/our-menu/tapas/

Peel the onion and cut into thin julienne pieces. Reserve.
Peel the potatoes and dice them small.
Place a frying pan with olive oil over medium heat.
Add the onions and the potatoes to the pan.
Gently fry, stirring carefully every 5 minutes.
After 30 or 35 minutes, the potatoes mix will be ready to prepare the tortilla.
Drain potatoes and onions (note: the oil can be used for another preparation).
Season to taste.
In a bowl, crack and beat the eggs with a fork.
Mix then the potatoes and onions with the egg. Combine well.
Heat a non-stick frying pan with a little bit of olive oil.
When it is very hot, pour the egg and potato mixture.
Using a baking spatula shape the omelette.
Lower the intensity of the heat and leave to cook slowly for 2 minutes.
Turn the tortilla over putting a plate on top.
Raise the heat again, and pour the tortilla in.
Let it cook for a few seconds and then turn the heat to low.
Let it cook 2 minutes more and that’s it.
Transfer the tortilla to a clean plate. Serve it hot or cold!
Note: It goes very well with a very healthy salad, with crusty bread, with aioli, etc..

Have your own private chef in the comfort of your home, where he cooks the Paella & Tapas from start to finish and serves directly from the pan, just like in Spain!